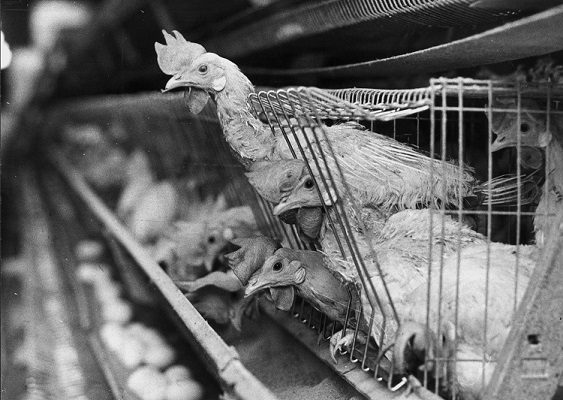 In an ongoing reflection on the potential and paradoxes of a posthumanist take on the world and its worldings, I find an article on the seduction of posthumanism by Doctor of Philosophy (Ph.D.), Social and Political Thought, Fayaz Chagani (2014) very interesting and recommendable. By transgressing disciplines, a nomadic reading can help challenge an uncritical appropriation of posthumanist work continuously questioning new naturalizations.

While Latour, according to Chagani (2014:428), is interested in recovering human and
nonhuman voices who have been denied representation, he does not ask why some have been marginalized in networks or what is to be done about those who do not leave a “trace” and whose voices cannot, therefore, simply be recovered. 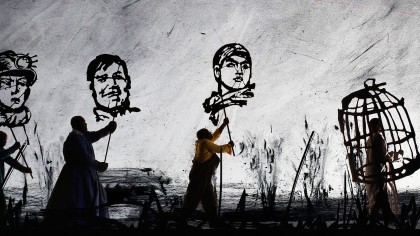 In his drawings and animations, William Kentridge (b. 1955) articulates the concerns of post-Apartheid South Africa..

According to Chagani, Haraway does a much better job of acknowledging differences between and within the human and nonhuman – and of marking the significance of specific human-animal relations. The concern for the significant otherness of humans and animals in her work does not however translate into a basis for challenging the asymmetries between humans and their others. Chagani suggests that it often has an opposite effect, that of naturalizing relations between humans and other animals.

Therefore, in Chagani’s view, it is difficult to see how responsibility (in its ethico-political connotation and not simply an ontological one) is not exclusively a human burden. As Chagani states: It is ours to bear alone.

“By diminishing important differences between humans and nonhumans, Haraway threatens to rob us of the means by which we confront the exploitation of human and nonhuman animals alike. Her thinking is, in this sense and like Latour’s, too posthumanist.” (Chagani, 2014:433).

To me, and hopefully some of you, Chagani’s article is an important step in analyzing the exclusions of posthumanist work as we continue critically exploring what a posthumanist methodology (Ferrando, 2012) entails and which differences it produces.

Ferrando, F. (2012): Towards a Posthumanist Methodology. A Statement. In Narrating Posthumanism. Frame, 25.1

3 Comments on "Donna, Bruno and other all-too-posthumanist seducers"

Hi Charlotte, interesting read. I was wondering which role you think art plays when it comes to addressing these conditions of injustice and exploring the ethico-political limitations of the posthumanist frameworks that Chagani mentions? Have you, throughout the course work and the discussions, found examples of the posthuman in art that have made the exclusions of posthumanism visible to us or made us (more) sensible to the “new naturalizations”?

Thanks for your comment, Eva! I’ll think about it and return to you or to this issue in my final assignment.

I find this refreshing. It’s all too easy to celebrate the posthuman as a condition of grand unity, a dethroning of the sovereign human, a great scrambling of old humanist distinctions, a Cthulucene instead of Anthropocene. But in so doing we are left without an effective way to address the conditions of injustice. Non-human living things may well have agency in the sculpting of Earth’s ecosystems, but responsibility, as you put it, is “exclusively a human burden.” “Making kin” is not about erasing difference or disavowing responsibility, but about reaffirming a common precarious future.