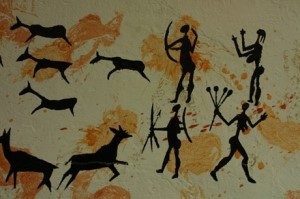 Man has always time had an intrinsic urge to portrait herself. Self-awareness, from which it arises, is an integrated part of the definition of mankind. From the troglodytes’ cave pictures illustrating their successful hunting and worship of nature to the expressionist’s desire for giving their own state of mind a concrete expression, the painting has been characterized by man’s wish to present oneself to others and to tell a story about oneself which adds something to the presentation you give when you meet in everyday situations. 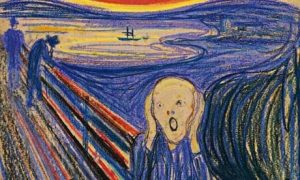 With the advent of social media, Virtual Reality (VR) and Augmented Reality (AR), which invites individuals  into a constructed world, we become a part of this by being represented by an avatar. In other words the avatar becomes an extension of the self in a constructed world as it is represented to us and others on the screen of a cellphone or a computer.

The individual becomes the artist who is supposed to communicate one’s own story within the framework of the specific hardware/software. That has been seen before in other contexts as described by Burnham: “….and the audio amplifiers of Alex Hay were all constructed as physical extensions of the human performer’s abilities” (Burnham 1987, s361). The new development seen for example in the online game “Pokemon Go” is that the artistic process is democratized since the necessary technique is available to the vast majority (at least in the industrialized world) and that the game developers have created an overarching narrative that provides a potential direction for the stories the players want to tell about themselves.

As Burnham points out, it could be tempting to say that man and machine melt together, but it will be more meaningful to say that the : ”The outcome will neither be the fragile cybernetic organisms now being built nor the cumbersome electronic “environments” just coming into being. Rather, the system itself will be made intelligent and sensitive to the human invading its territorial and sensorial domain” (Burnham 1987, s361). 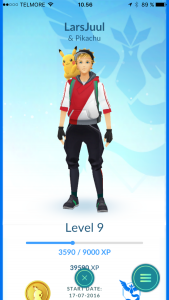 With Pokemon Go as an example, the art of self-creation gets a further purpose. The avatar is meant to fit into formal communities (teams) as well as informal meetings with other players who are presented to the player in a mix of VR and reality, where the purpose is to establish cooperation by solving problems together and sharing “items”. The constructed self should therefore be suitable for involvement with others.

Further enquiry: possibilities and limitations in the construction of the human self in VR ie. Pokemon Go

2 Comments on "The art of creating an avatar"

Member
Lara Eva Sochor
Thank you for this post. I honestly never thaught of any avatar of mine as a kind of portrait and honestly, my first instinct when I read your post was to strongly disagree. The longer I think about it, however, the more I have to admit that there a quite a few parallels between self-portraits and avatars. Even more so in cases of more sophisticated programms for creating one’s avatars, where one has more options and therefore possibilities as Pokemon Go’s avatar offers. Nonetheless, I would like add one more thought: While self-portraits are a form of representing oneself and… Read more »
Vote Up1Vote Down  Reply

Member
Mads Søndergaard
*** [Fair warning, post might get a bit wordy – already done the pre-requisite posts, so this is purely out of interest. So do feel free to ignore this post if we later need to incorporate them in another assignment ^^] *** Very interesting post. While I’m not a Pokemon GO player myself, I have done work on Alice & Smith’s “The Black Watchmen”, “Ahnayro”, and to a lesser extent, “Nite team 4” – all of which are “Alternate Reality Games”. They are, in some ways, very reminiscent of “Augmented Reality Games” (Pokemon GO, Ingress, Geocaching, etc.), insofar that they… Read more »
Vote Up0Vote Down  Reply