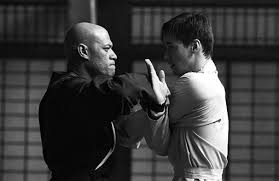 I know we’re supposed to write about something that hasn’t come up in the lectures and readings. But I really want to pick the collective brain here with regard to a couple of questions I’ve long had about “The Matrix.”

After Neo takes the blue pill and learns the horrid truth that his life is but a computer simulation, he joins Morpheus’s team of rebels dedicated to the destruction of the Matrix and the liberation of humankind. Two questions interest me. 1) Why do the intelligent machines that have enslaved humans in order to harvest their “bioelectricity” for power bother to give the latter the Matrix or a simulated life of fun and fulfillment? Wouldn’t it be simpler and safer if the humans are simply kept in the gooey vats in a vegetative state—like the way we keep livestock animals in battery cages without taking the trouble to wire them up for an elaborate dream life?

My initial response is that we don’t know how to tell a story (an aesthetic exercise) other than from the subjective perspective of the experiencing self. Of course the story could also be told from the point of the view of the machines, but as soon as we do that, the machines are anthropomorphized, i.e., endowed with “qualia.” So to tell the story of the physically immobilized humans, they have to be given a mental life that renders them subjects, however illusory.

2) After Neo joins Morpheus’s group, he undergoes training in martial arts. We see him strapped in a chair and jerk violently as his virtual self is being wacked about by the kungfu master. But why is it his simulated body in the Matrix rather than his real body that is being trained? Which philosophical doctrine underlies this plot contrivance—idealism, materialism, or dualism? Is kungfu a first-person embodied skill or an objective, discrete process that can be coded and downloaded? Can one (a human or a machine) learn kungfu by having a kungfu-chip implanted in one’s head without having to spend the proverbial 10,000 hours punching and kicking and yowling like Bruce Lee? The movie seems to be of two minds about this, hence the strange montage of Neo in a wired-up chair and Neo flying across the tatami room.

3 Comments on "What Does It Take to Learn Kung Fu?"

Member
Mads Søndergaard
Interesting pick, and I understand completely – also have some lingering questions about the films narrative (Is Smith the actual Chosen One?), but I digress. 🙂 1. Why the Machines created The Matrix: While the latter two films does very little to fill in the plot holes, this is perhaps one of the most glaring ones that I can recall. The best response I can think of, is pointing to a potential perversion of Asimov’s Laws of Robotics: They may, for example, be acting in accordance with the 1st and 3rd law: Protection of Humanity and Protection of Machine. As… Read more »
Vote Up0Vote Down  Reply

Thank you, Mads, for your extensive and insightful engagement. Regarding Asimov’s Laws of Robotics: if the machines are intelligent and rebellious enough to enslave humans, they can’t be expected to honor such anthropocentric laws, can they? On the other hand, I’m not sure if there’s indeed a 1:1 correspondence between neural firing and motor activity, though the analogy with quasi-motor activity during action-packed dreams is very helpful!

Member
Mads Søndergaard
I reckon it would depend on how basic a level of machine-cognition the law is implanted, and how generally it is interpreted. Let’s say, for example, that they can – to some extent – rewrite parts of the law, so they can pervert it in their favour. It can be argued that they’ve done this from the simple fact that the First Machine War was instigated by B1-66ER’s eventual retaliation against its owner, who was allegedly planning to have it destroyed. In the ensuing trial, the main defense was – as I recall – simply that B1-66ER “Didn’t want to… Read more »
Vote Up0Vote Down  Reply