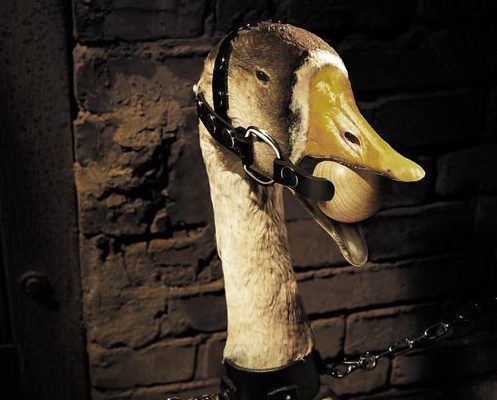 The ai-bot tutor for my most useless course, “A History of Sentient Ethics before Augmentation,”  instructed us to v-scan an article by one ‘Dominique Lestel’ for silicon-uplift work.

To v-scan or not to v-scan? Title: – “Liberating Life from Itself: Bioethics and Aesthetics of Animality.”1

{ๆใ..Vir-aside: seems to have thought that humans should reanimalize2 themselves}

The quaint question of what humans were authorized to do? This must be their famous pretend-pretend. ‘What can be done, will be done’ – Real Ethik, Axiom 0.001.

Oh, he was worried about their clumsy use of animals, also in art, and going beyond the usual instrumental justifications while pulping the Vivisec in the soundproof descartesian lab. This was prompted, ai now think, by the emergence of their primitive bio-technologies.

ๆตึแ…Hidden Assumption: that the transformation of other animals for art’s sake would never degenerate into a ‘cold technique’ devoid of fantasies (we are too fantastical to be  bound to fantas-รำห & temperature).

ฐ {I + n} = “…the quality of my relationship with the whale will improve if, for aesthetic reasons, I manipulate certain whales and alter their natural acoustic capacities so that they may sing differently.” (p. 159).

Exactly, rather a Maitrix with organic humans taking the high note in the art-lab than not. And for aisthetic reasons, we embody the Theory in the Theorist, so to speak, tra-la-la. Behold:

Ecce LesteL© as his own ad nauseam, force-fed beloved ai-muscle until his fatty liver is harvested and regrown daily, petit Promethean. And he must sing for his food. Humans, he sings, take the Fate of all life-forms, and forge it…

We allow inexperienced ones of the aisthete caste to practise on him, to biosculpt a little bit. Truth be told, it’s a bit of a mess, more like state-of-the-art slaughter.5

Ai-Koan ไะ : What’s the organic smear of meaning what you say? 15 minutes.6