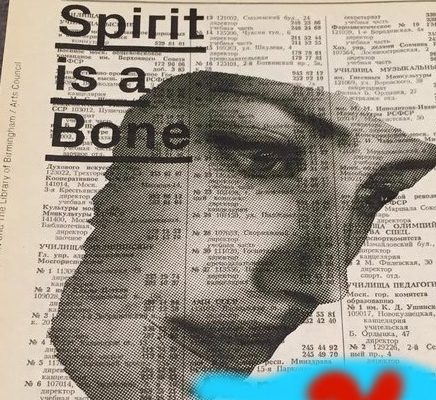 Once upon a time, pious dualist intuitions went very deep, and a child’s mini-me was a mini-Descartes, and humans all over the Lost World were natural animists, quantifying over spirits and anima in trees and streams as the fancy took them. There was also a quaint philosophical intuition, that zombies, qua conscious human beings’ atom for atom Doppelgängers, but lacking their supposed accompanying rich and resplendent inner life, were thinkable at all.  One may today (Anno Posthumanii 3559) ask about the theoretical commitments of such thought-experiments; that is, it is not obvious that the intuition that zombies were conceivable was innocent of theory, then as now.  While there was something it was like1 to be a bat (now extinct except in the Data), there is nothing it is like to be a zombie. In its basic form, the zombie argument looked as follows: (1) Zombies are conceivable; (2) Whatever is conceivable is possible; (3) Zombies are possible; (4) Physicalism is false. There was an inference from conceivability to metaphysical possibility.2  The then actual world, to these dull and earnest fundamentalists, was not a zombie-world as it contained an additional kind of property not in the supposed zombie-world, it contained phenomenal properties. To conceive of a zombie was to imagine this absence, not an easy task, then as now.   But if dualist intuitions were legitimate as a basis for the zombie argument, so must physicalist intuitions be for the construction of an anti-zombie argument – molecule for molecule duplicates of human beings who were made conscious by the physical facts alone. Otherwise an ontological divide opened up within their then bony brains.3 It’s like being told that the speed of light will never be exceeded…ha-ha, or that trans-Humans are not the Simulation, selah.

2 Comments on "The Spirit is a Bone: A Fable with Three Footnotes"

Editor
Alexander Wilson
I really like this very creative exploration of the concepts and ideas through this sci-fi fable. Though ambiguous and ominous, the text clearly demonstrates working knowledge of the ideas. Kudos for explicating them in such an evocative manner. I’d like to just comment on one thing. Though I focussed on the more radical or provocative implications eliminative materialism, it is true that some of its main proponents, like Churchland, will accept that experience does exist, at least in some minimal sense. He argues against Nagel that the experience of being a bat is simply equivalent to a perfect extrinsic account… Read more »
Vote Up1Vote Down  Reply

Hi Alexander. Thanks for your kind comments…my exploration was inspired by your well-thought out presentation & the query about the very possibility of a PH aesthetics, given EM, near the end.
The extrinsic account true of an x as equal to the inner feel is probably independent of transferring how things feel to humans to the POV of bats. I think Dennett accuses Nagel of just presupposing there is such an overall Gestalt feel for animals, – that while humans at least have the illusion of a Cartesian theatre, most animals don’t….