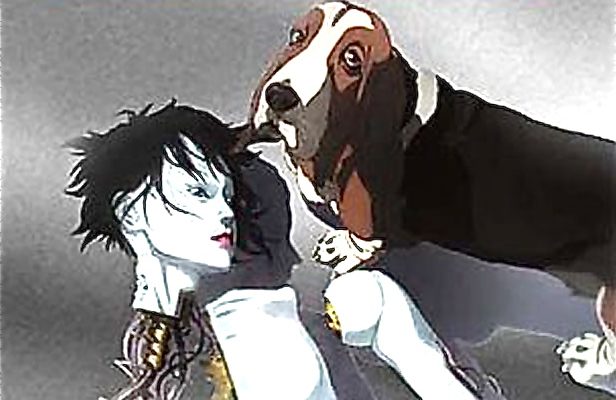 Following the lecture by Pernille Leth-Espensen, I would like to recommend Ursula K. Heise’s article “The Android and the Animal“ (2009). Referring to Donna Harraway, N. Katherine Haynes, Cary Wolfe and Barbara H. Smith as well as further coining the term “animality“, Heise emphasises that in recent science fiction, cyborgs and animals alike have become representatives of the alien, which was one of the most frequently used concepts in science fiction before. She states that ‘some of the more complex recent novels and films do not ask questions about technologically modified human identities in relation to the robot or cyborg alone, as many classical texts tended to do, but situate those questions in an expanded field of produced and reproduced bodies and minds that ranges from dolls, robots, and cyborgs to children and, quite prominently,[biologically altered, evolved, or cyborg-] animals’ (504). Her analysis of Philip K. Dick’s Do Androids Dream of Electric Sheep (1968), Sheri S. Tepper’s The Family Tree (1997) and Mamoru Oshii’s anime Ghost in the Shell 2: Innocence (2004) brings her to the conclusion that ’while all the works presented in this essay portray posthuman contexts in the sense that they approach questions of species identity in a field of widely varying forms of technological and biological consciousness, not all are posthumanist in the sense that they ultimately distance themselves from an affirmation of human uniqueness’ (505-506 and cf. 509).

The article offers an interesting follow up on the concept of blurring boundaries between human and animals as it was introduced by Harraway and others. Shifting the focus away from a techno-centralised perspective, towards the change in animal-human relationships, adds to a well-rounded perspective on the overall topic of posthuman aesthetics and raises some interesting questions regarding the ‘human uniqueness’.

Member
Mads Søndergaard
Thanks for the interesting analysis. It’s easy to get lost – at least for me personally – in the technobabble of posthumanism. Why do you think this trend of “alienating” animals rather than, well, aliens and cyborgs, so to speak, has emerged? One would assume that in the process of alienating other known lifeforms that the distinction between them and “humanity” would only be chalked up further, highlighting what is different, rather than what isn’t. Conversely, if they wanted to convey the symbiogenesis of, say, humans and dogs, then they should be treated equally; one being augmented alongside the other,… Read more »
Vote Up0Vote Down  Reply