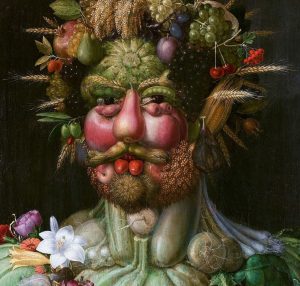 In his essay from 2010, “Ecology after Capitalism”, Timothy Morton tries to invoke a new form of environmentalism and in so doing he introduces some very useful concepts that are relevant to the posthuman field. For starters, Morton wants to dismantle the notion of “nature” that exist in todays environmentalism. To Morton there is no old, original nature out there or beyond us humans to save and the very concept of “nature” is just af romantic invention from the 19th century. It is his belief that this vision of nature is wrong and ultimately useless as a given in an environmental debate, and that environmentalists can’t keep using it as a base for arguments. Now, Morton very much wants to save the planet from environmental catastrophe, but first a new understanding of ecology and nature is needed. He introduces the term “the mesh” instead of nature. In “the mesh”, which basically includes everything on the planet, there is no other or beyond; everything is infinitely connected and bound together. But everything and everyone is a “strange stranger” in this system; we are connected by DNA and the universe’s basic building blocks, but, recalling Thomas Nagel’s essay, we have no way of imagining the life of a bat. “The mesh” challenges every concept of ethics and cause and effect, since everything is connected, and Morton points out that global warming in this line of thinking is happening simply because humans are. Morton is, however, not trying to say that we have no responsibility. He is rather saying that it matters little who’s fault it is and that we should instead just act and save “the mesh”, in whatever incomprehensible and entangled mass of everything it exist.

The idea of “the mesh” is, I think, shown very well in the examples of bioArt from Pernilles lecture. The increasingly blurry lines between bodies and spaces demonstrate that human beings are not isolated entities; that we very much consist of the mouldable mesh which makes up the world.

2 Comments on "A Mesh of Life"

Hi Kristian. How does the way he thinks about nature as ”the mesh” help saving the planet from environmental catastrophes, by the mere creation of an awareness that we are entangled and interconnected with everything else? I haven’t read Morton’s Ecology after Capitalism but the concept of the mesh sounds a bit like Jane Bennet’s idea about assemblages, are you familiar with the latter? If you are, then I would be curious to know if and how the idea about the mesh differs from it. Both ideas seem very relevant to apply in an analysis of BioArt.

Hi Kristian! Thank you for bringing up Morton. I think you are very right in mentioning mesh as a force to reckoned with within the field of posthumanism. I love the description of mesh because I imagine this entangled system in which every single entity is at once itself uniquely but also always in flux and in relation to one-another. I found it very helpful to also include Jason W. Moore and his thought of “oikeios” and “web of life” in relation to eradicating the dualistic categorization of nature and culture.