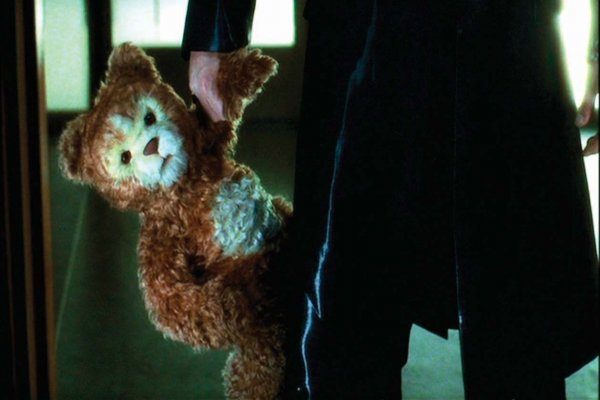 Giovanni Aloi proposes an evolution from the chimera (described as a grafting of accepted form of human and non-human) to hybrid (genetic combination between two species) and traces key factors responsible for contemporary bio-engineered entities beginning with and related still to selective breeding in animals and plants with emphasis on the hybrid as not a mythical occurrence, but one of intentional human manipulation (including a myriad of ethical, political, ecological and sociological questions).

He reminds that examples of selective breeding are readily familiar and available at the farm, the supermarket and the pet store and points out that when DNA mutation is induced in the laboratory, human anxiety may emerge.  Suggesting an answer as to why, he contrasts cross-breeding perceived as naturally plausible due to the cooperation of biological reproductive processes with artificial laboratory interventions that “take” as unnatural – destablizing.

A Merging *Beyond* Art?

Through the presentation of transgenic works he describes, he points out that subversion is a key thread and a provocation through the conceptualizations, resulting in the discussion about the work being more foregrounded than the artwork itself.  Further, that beyond this debate stage, consideration of the work at the integration stage which exposes the bio-continuity requires careful consideration – and responsibility.  “Once the manipulated living being exists, what is its future” (pg 78) ?

Other ethical considerations are presented by mechanical and robotic beings – often mimicking the forms and behaviors of animals.  Illustrating Descarte’s reductive claim that animals were mindless automata, Jacques de Vaucanson’s Canard Digerateur (example of a replica here) provides a rudimentary precursor to the elaborate automatronics employed in theme parks and pre-CGI cinema.  At issue with this form of created and apparently living life form is the level of autonomy embodied – the higher the better – which is both desired and feared.

After positing that works of art involving states of becoming, genetic manipulation and robotic technology can be understood as visualizations of post-humanism, Aloi provides us with a clear description of the state and expands upon Donna Haraway’s conception of the cyborg:

“Posthumanism, in opposition to humanism and its anthropocentric certitude re-thinks the human as part of an extended disembodied technological network that perpetually expands its consciousness . . . [it] decentralises the finitude of humanness while demanding a reinvention of the human through the convergence of science and art”  (pg 86).

This is a familiar position found through the enthusiastic assertion of progressive states of being once we accept the combinatory condition.  Aloi also asserts for the associated disintegration of boundaries, identities and aims and identifies a possible core to a remaining underlying anxiety, that of an “uncomfortable closeness” and situates the cause:  “Essentially, human centrism is replaced by a system of plural equalities where technology simultaneously contributes to dissonant synchronous visions of euphoria and deep anxiety” (pgXX)

Representation continues to show itself as a live, evolving and complicated process.