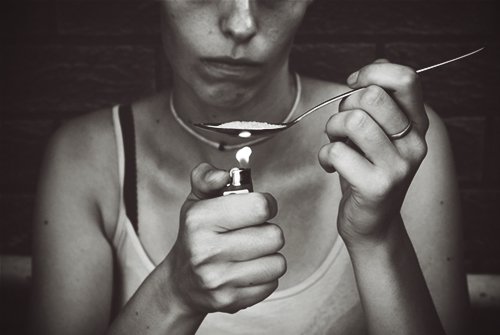 This is more a question that anything else, a proposed way of seeing which I would love your response to:

Despite the temporal sounding nature of the word `posthuman` we do not, I think, have to wait for the arrival of the beast, the posthuman is not a fantasy to be projected onto a dystopian or utopian future, but rather the posthuman is a tendency which expresses itself in many different scientific, social and artistic context in the material realities of ordinary lived experience. Not a dream or a dread so much as a complex issue in need of interrogation in our daily lives. All of us who have posted here have observed an example of the posthuman at play in our current context and I would like to add to the collection by suggesting that we see the drug addict as expressive of an (awry or partial) posthuman condition.

In William Burroughs Naked Lunch (as in much of his work) the junkie or drug addict is often described in a way that we might call subhuman. I use the prefix `sub` here because the mutated monstrous body of the junkie is described as insect like, primitive or single celled. The hierarchical ordering of a world of lower and higher (a deceptive pun) life forms is maintained and the junkie is relocated within that hierarchy. This is not the kind of reimagining of the human which we would associate with an ethical posthumanism rather it is a splitting off of certain human others(a making alien of) in some ways little different to any other act of internal othering our species is so fond of. It is easy to think of racial and gendered examples of the primitive not-quite-human.

Nonetheless  this kind of dehumanizing of the addict is very prevalent in our culture(s) and within todays context of concern about the role, agency and place of the human in relation to the non-human world of matter, technology or the animal, I wonder if the addict can be seen as expressive of some of those anxieties?  Perhaps we might also see the addict as Deleuze and Guattari suggested; as “knights of narcotics” (2013.p329)seeking to experience a posthuman state (my phrase) but doing so with “too violent an action” (2013. p187) and thereby risking death and botching the job?  At the very least the addict seems to me to be an extreme example of a human-thing relationship in which the vital materiality and affective power of the thing cannot be denied.

11 Comments on "The Posthuman Junkie (or the post-junk human)"

Hey Anna! It’s a thrilling thought you share with us here.
I believe in the same way as you, that the word post in posthuman is misleading and that the phenomena is not restricted to the future, but also exist in our present and past. Likewise i follow your thoughts on how the drug-user in a way break down dualisms. When the drugs affects the user in some way transform to something different like the machine-man. It changes the person but also the view on him from the surroundings and makes us see how we react to otherness.

thanks so much for your comment- I think your right, when we become aware of the othering we do, we are also becoming aware of the constructed (and therefore changeable) concepts we have about what being human is. I think your also right that its about an internal shift in perception as well as an external one. thanks!

Member
Florian Auerochs
Hi Anna! Thank you so much for raising this inspiring – and provoking – topic, especially because I recently came across a study in critical theory (maybe a reading tip) which declares: “The technology of drug design and its applications indicates how drugs are cultural materials with the power to push at the supposedly natural border between the human and the non-human and secure a part in the cultural mutation of anthropocentric modernity toward the posthuman.” (Dave Boothroyd: Culture on drugs: Narco-cultural studies of high modernity, Manchester/New York 2006, p. 15.) So you’re totally right (and not alone) in locating… Read more »
Vote Up0Vote Down  Reply

Author
Anna Rowntree
Florian, great, thanks for your feedback and the links and further reading/watching! its always very exciting (and also strangely stressful) when you discover people are thinking or writing about the same thing as you. im interested in your thought about the rotting body of the addict- this is very interesting. death (of the body and its brain) seem built into the addictive spiral. the fight to stave off the looming and haunting corpse (threw rehabilitation) is an effort to reclaim a stable intact human identity/body. it strikes me that what most addicts are encouraged to aim for in recovery is… Read more »
Vote Up0Vote Down  Reply

Member
Florian Auerochs
Hey Anna, thanks for your reply! You’re right, with ‘hyper-embodiment’ I chose the wrong formulation, I rather meant a disembodiment (the ‘trip’), which leaves the constraints of matter behind. The opposite of the very material ‘self’-inflicted harm drug-use can be read as – what is quite the opposite of the corporeal ‘enhancement’, technocentric transhumanism is concerned with. “It strikes me that what most addicts are encouraged to aim for in recovery is a conservative version of identity- one based on establishing strong borders against the dangers of the vital non-human world.” – This thought is disturbing, challenging and seems to… Read more »
Vote Up0Vote Down  Reply

Author
Anna Rowntree
thanks again for this- as always your feedback is very stimulating. and I love this phrase shadow posthumanist. I think that gestures well towards the haunting presence of a deadly posthuman in the background of many posthuman discussions. what do you mean by negative knowing? this is anouther excellent sounding phrase but im not quite sure how your using it? I am becoming (fittingly) increasingly interested in the idea of recovery and treatment of people with mental health issues and Guattari seems to be the big guy in this field. do you know of anyone else, maybe thinkers from disability… Read more »
Vote Up0Vote Down  Reply

Hey Anna, sorry for my late reply, I was busy with Lesson 2 …
I didn’t want “negative knowing” to sound somehow ‘big’. I just meant that the ‘shadow posthumanist’ might have an affirmative, productive knowledge about the darker territories of ‘becoming’ something ‘other’, which might entail death and self-shattering.
If I stumble upon interesting thinkers who discuss our topic I let you know! 🙂
Thanks for this exciting discussion!

Wonderfully thoughtful post. I think we can look at the “post” human in terms of how we have always already categorized others in society according to shades and scales of humanity. Our responses not only to addicts, but to criminals, the chronically ill (mentally or physically), even those out of the continuum of beauty standards, speak volumes about how humans can be shifted back and forth across the boundary of acceptable humanity, and how systems of disdain, shame, and punishment not only attempt control of behaviors but also determine what is considered acceptable treatment on all levels.

Author
Anna Rowntree
Hi Maria, thanks so much for your feedback and in particular your mention of the mentally or physically ill (or simply different). I work with people with learning disabilities and its something iv been thinking about a lot. I like your term acceptable humanity it pin points exactly the issue. in my experience people with disabilities (espacilly those without language- that most notable of humanist requirments) tend to be described in animal terms or even in terms of vegetable life. this kind of construction when done within a hierarchical system of devine human -the primitive beast-plant matter-non organic matter, is… Read more »
Vote Up0Vote Down  Reply

Editor
Eva Krarup
Hi Anna. It’s an interesting discussion you’ve started. I don’t know if it is relevant to your specific question about the drug addict, but I came to think of one of the readings for the third lesson, the one by Julian Savulescu. I don’t know if you’ve already read it, but in his text in the anthology The Posthuman Condition he raises som questions about the use of drugs as cognitive enhancers and he suggests that they could be used to correct natural inequality and give people a “fair go” (p. 191-192). It’s a rather thought-provoking article that I think… Read more »
Vote Up0Vote Down  Reply

great! thanks for the tip! il check it out and look forward to the discussion.