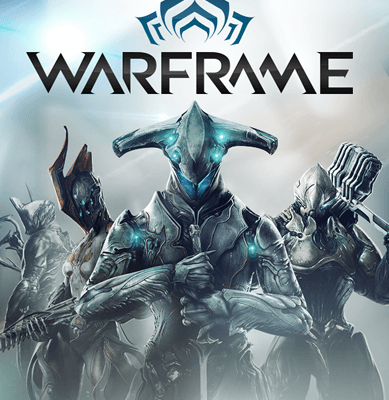 The original trailer for “Warframe”, depicting the awakening of a Tenno when a Grineer force approaches using Orokin technology.

The Free-to-Play game ”Warframe”, developed by Digital Extremes, takes place in our Solar System. The player assumes the role of Tenno, an offspring of the more ancient race known as Orokin.
The antogonist(s) consists of the Corpus, Grineer, Infested, and Sentients.

None of these are human.(*)

This represents a problem in terms of representing human unity in popular fiction through the lense of Herbrechter and Callus, insofar that it offers no human correlate to juxtapose the fragmented aspects of humanity to, which is a main criterium for Herbrechter and Callus.
The narrative becomes one of consequential ”what if”s that, rather than highlight what we consider to be the penultimate human qualities, highlights only the resultant states of ”after humanity”, and in their fragmented state, there is no indication of what is and isn’t essential criteria for being human.

[*] Additional comments for clarification:
– The Orokin were most likely the most dominant faction following the destruction of humanity by their own creation; the Technocyte virus, violently altering human physiology. They are described as selfish, technologically advanced, but otherwise wholly inhuman – they were eventually wiped out by their own creation, The Sentients, save for a few straggling survivors.

– The Sentients were, in essence, machine labourers developed by the Orokin to assist in the colonization of other star-systems, who – as a result of their protocols calling for extreme adaptability – evolved sentience, and overpowered their ”masters”.

– The Tenno are the Orokin survivors of an incident involving the metaphysical plane in the game known as ”the Void” – the encounter left them with unique powers.
These were utilized by the Orokin to combat the Sentients, by having the Tenno pilot bio-mechanical suits known as ”Warframes” through ”Transference” (psychological, cognitive and somatic links between the two), which focused the Tenno’s power into a specific type or concept, depending on the type of Warframe used (i.e. ice, fire, psycho-kinesis, fear, rage, gravity, time, dimensionality, etc.)

– The Corpus is a humanoid faction – a remnant of the Orokin or a subordinate faction of post-technocyte humanity – that relies greatly on robotics (it is unknown to what degree they employ cyborgification). They religiously worship Orokin technology, as well as the capitalism that allows its trade.

– The Grineer is another humanoid race that relies on cloning for reproduction. Their forces are almost entirely male, and the race is ruled by two Queens (likely genetic templates that all Grineer are cloned from). Their genetic material has decayed to such a degree that they require substantial mechanical modifications to survive.

– The Infested is a amalgamation of ”species” birthed by the Orokins first attempt at combating the Sentients; a more potent Technocyte virus. It spreads and consumes lifeforms indescriminently, for which reason the Orokin lost control of it – it now infests large parts of the “Origin System” (i.e. Solar system).

Common to all the factions here, with the exception of the Sentients and the Infested, is that the physical appearence is very much humanoid, but that it is wholly posthuman (i.e. metaphysical powers, highly advanced, cyborgified and/or cloned).
There is, as mentioned, thus not a single faction that can be pointed to, or a single ”threat” that can be deemed the prime concern, but rather a range of posthuman states that prophesize a future without humanity.
Even if we assume Herbrechter and Callus’ argument for the portrayal of love, honour, and self-sacrifice as being indicative of or relating to a human state, the only individual in the game that displays any such consideration, is arguably ”The Lotus”, a Sentient remnant that acts as the caretaker of the Tenno (whereby love is attributed to the only race we can be certain are, in fact, not human). Even then, we have seen instances of blurred lines of morality in the game’s ”Syndicate” system, where a benevolent sub-faction of Grineer exist in the form of the ”Steel Meridian”.

4 Comments on "The non-humanity of “Warframe”"

Editor
Johannes Poulsen
Interesting example! I played Warframe for a while when it was in beta (is it still?), and I always thought of the Grineer as the actual human descendants, however mechanized and dehumanized. The idea of a “good” alien race with strong ties to a Western perception of East Asian culture and philosophy fighting the remains of a dystopian human empire was fascinating to me. The Grineer seemed like the scary, real version of the “posthumans” of Wall-E. Couldn’t we conclude that the Tenno are the “actual” humans, since they are the ones with which we most easily identify? We can’t… Read more »
Vote Up1Vote Down  Reply

Author
Mads Søndergaard
Cheers for the reply – much appreciated. 🙂 I believe the game is still designated as in Open Beta, but at this point – given the introduction of cosmetic micro-transactions, no looming account-wipes, and a continuously evolving narrative – I’d say it’s technically released. Fair warning, to answer your question I might have to spoil some of the narrative, so in case you haven’t experienced it yet, I’d say it’d be worth waiting with reading on, and see how far Warframe’s come these days. 😉 Your suggestion did indeed cross my mind, but conversely, it was soon followed by whether… Read more »
Vote Up0Vote Down  Reply

Editor
Johannes Poulsen
[reinstalls Warframe] it certainly sounds like you inevitably end up in a loop, unless you discard the posthumanIST(remember it’s that and not posthuman) reading altogether and go for a more allegorical reading of the kind we often apply to fantasy narratives: That all of these species are aspects (in the same way gods in a pantheon are aspects) of the human as we see it today. It is a rather classical way of worldbuilding with species in video games (dwarves=stubborn, greedy and strong, elves=cerebral, elegant, balanced, humans= adaptive, ambitious, corruptible by power etc.) , and it might be what we… Read more »
Vote Up1Vote Down  Reply

Author
Mads Søndergaard
Oh, I certainly agree that an allegorical reading is the approach one would need to read Warframes lore correctly, but also the reason why Herbrecther and Callus’ posthumanist reading is insufficient in regards to teasing out meanings related to humanist thinking, despite the setting being wholly posthuman in almost any sense imaginable. 🙂 Interestingly, the Syndicate system in the game does have two very explicit “Pro-posthuman” and “Anti-posthuman” factions: Cephalon Suda: “Cephalon” being a naming convention used for ancient but highly advanced AI. Suda presents as benign, but in that “uncanny valley” type of way, where you get the strong… Read more »
Vote Up0Vote Down  Reply