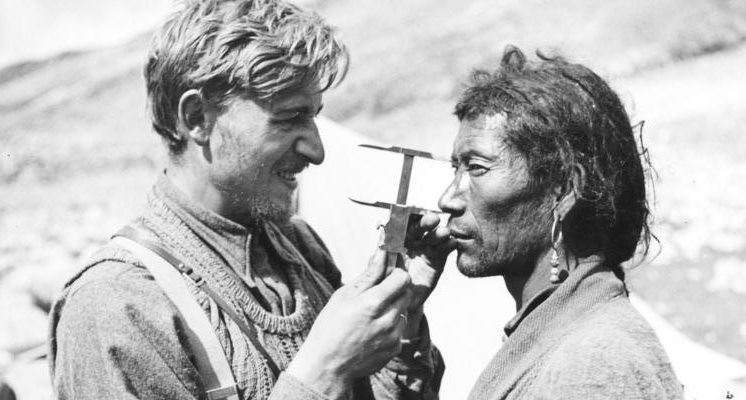 Could eugenics and posthumanism, be seen as containing the same ideological foundation? Both of them seems to have a striving for perfection as a central motivation. This striving, as we know, manifested itself in one of the most terrible disasters of humanity – the holocaust / the Nazi eugenics program. Almost everyone would probably agree that killing other people, based on their genepool would be extremely inhumane and cruel, and seen as something belonging to the past. But what about choosing abortion because your unborn child shows signs of downs syndrome or infantile autism? What if you could make sure your child wouldn’t be predisposed to depression, cancer or low intelligence? In other words, what if you could make your child flawless? Is eugenics suddenly okay, as long as the selection process does not involve the direct killing of other living human beings?

One of the most interesting things about eugenics – especially in the light of new technologies – is that it raises questions about our perception of ourselves in relation to nature. Are we inseparable from nature (whatever technologies humans create and use is still part of nature and eugenics is therefore a natural part of evolution)? Or are we separate from nature (what separates humans from other animals is our “ability to act as moral agents, to reason and use language, and to emphasize” (Fukuyama p. 162) and we are therefore responsible for our choices)?

Can our striving for perfection be boiled down to a fundamental dissatisfaction with life as it is, to such a degree, that we are willing to pursue the idea of perfection despite our knowledge that it notoriously seems to involve inhumanity in some form? Wouldn’t it be better to give attention to the root of the “problem” instead of its many symptoms, or is the striving in itself, above everything else, what really makes us human?

2 Comments on "Striving for perfection – eugenics and posthumanism"

Thanks for the above post! You mention a “striving for perfection” as a convergence point between eugenics and posthumanism—my question is as follows: Is this “striving for perfection”, this pursuit of a mastery over “nature” through technological advancements not more a trait of trans-humanist, rather than post-humanist, thinking (and I would argue for a separation between the two, seeing as how transhumanism, far from being posthumanist, really only augments humanist transcendentalist ideals)?

Author
Maja Tingberg Kruse
Hi Sebastian! Thank you so much for your comment! I think you are that my essay should be named eugenics and transhumanism and not posthumanism! The distinction between the two are still not completely clear in my mind. I see transhumanism as a branch of the wider category of posthumanism – one focused on mastery over nature through technological advancement, as you aptly describe it! Thank you for clearing that up! If you see this comment I would love to hear how you would differentiate between the two (posthumanism and transhumanism) since you say that: “transhumanism, far from being posthumanist,… Read more »
Vote Up0Vote Down  Reply