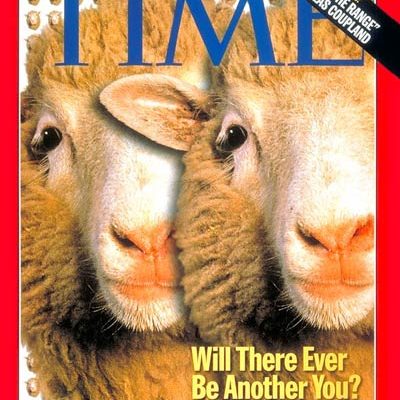 Sorry – I don’t read Sci-Fi books, see Sci-Fi films or play Sci-Fi games. Thinking machines of posthuman worlds. Is it because I am woman – already a non-human? Never really hu-MAN but already Other – a little less, a little too-much, not norm(al), not really a part of the One and only. Always already different!

To be honest I find the non-fiction world with all our constitutive companion species much more interesting too explore.

A posthumanist reading does not facilitate a specifically gendered de-coding of humanism and I find a sort of colonial exclusiveness of the chosen fiction examples, a sort of hegemonic undertone leaving socio-material configurations behind in a virtual tug of war. (Hopefully) ‘we’ are not all sci-fi imaginations but entangled naturecultures in new figurations:

Haraway, D. (1992): Ecce Homo, Ain’t (Ar’n’t) I a Woman, and Inappropriate/d Others: The Human in A Post-Humanist Landscape. In In Judith Butler & Joan Wallach Scott (eds.), Feminists Theorize the Political. Routledge 86–100

Member
Haiyan Lee
Like you I too have never been a sci-fi fan and read/watch only what I have to for my education and research. And like you, I came to posthumanism via my interest in gender studies and animal studies. The gender- and species-inflected “differential cut” you mentioned in your comment to my post is right on target. Herbrechter & Callus do recognize this and include a fascinating discussion of “The Planet of the Apes.” But I agree that on the whole male scholars tend to push the inquiry toward the techno, the geeky, and the outlandish instead of the affective, the… Read more »
Vote Up1Vote Down  Reply

Dear Charlotte. I agree with you endelessly. It is like there is something very “boys room” about comics and superheroes. I will read the article you refer to by Haraway about womanhood and the post-human.
Have you read Hello Dolly, well Hello Dolly: The Double and its theater by Rebecca Schneider. I found it in an anthology called Psychoanalysis and perfomance, edited by Patrick Campbell and Adrian Kear. It is a brilliant text about the politics of cloning that came after Dolly out of fear of patricide and the patriarchal notion of originality.

Editor
Johannes Poulsen
Hi Charlotte, Honey and Hayian, You are very right to assume that this area of posthumanist discourse has a male bias to it that can be very unfruitful and problematic, but I don’t think refusing to engage with it is a solution to any of that. Haraway and Graham engage with it in critical, feminist studies-informed ways that proves that there are other ways of thinking about popular culture and science fiction than those that all-too-male groups tend to reinforce. Charlotte, I think it would be much more interesting if you did find an example from popular culture and just… Read more »
Vote Up0Vote Down  Reply

Member
Sebastian Edin
Hi Charlotte, Thanks for the post! I think bracketing sci-fi off as a male-only endeavour misses out on some fantastic ways it has been put to use by writers such as Octavia E. Butler for instance (writer of the Xenogenesis trilogy), who uses SF framing in order to highlight issues of alienation, exclusion, racial prejudice, social injustices etc. Good Sci-Fi, as far as I’m concerned, is really quite far from being a flight of escapism—I see it more of a means through which to focalize some very specific issues one is concerned with, without having to drag the whole frame… Read more »
Vote Up0Vote Down  Reply