In the exploration of the posthuman it becomes increasingly clear to which extent we as humanity are clawing to our perception of the human reality as taught to us by the structures of society. Even today we are to some extent used to thinking in dichotomies when it comes to the real world and the virtual world.

But what happens the moment these categories are no longer functional or more likely, we, as usually belated, come to the realisation that they indeed never existed? 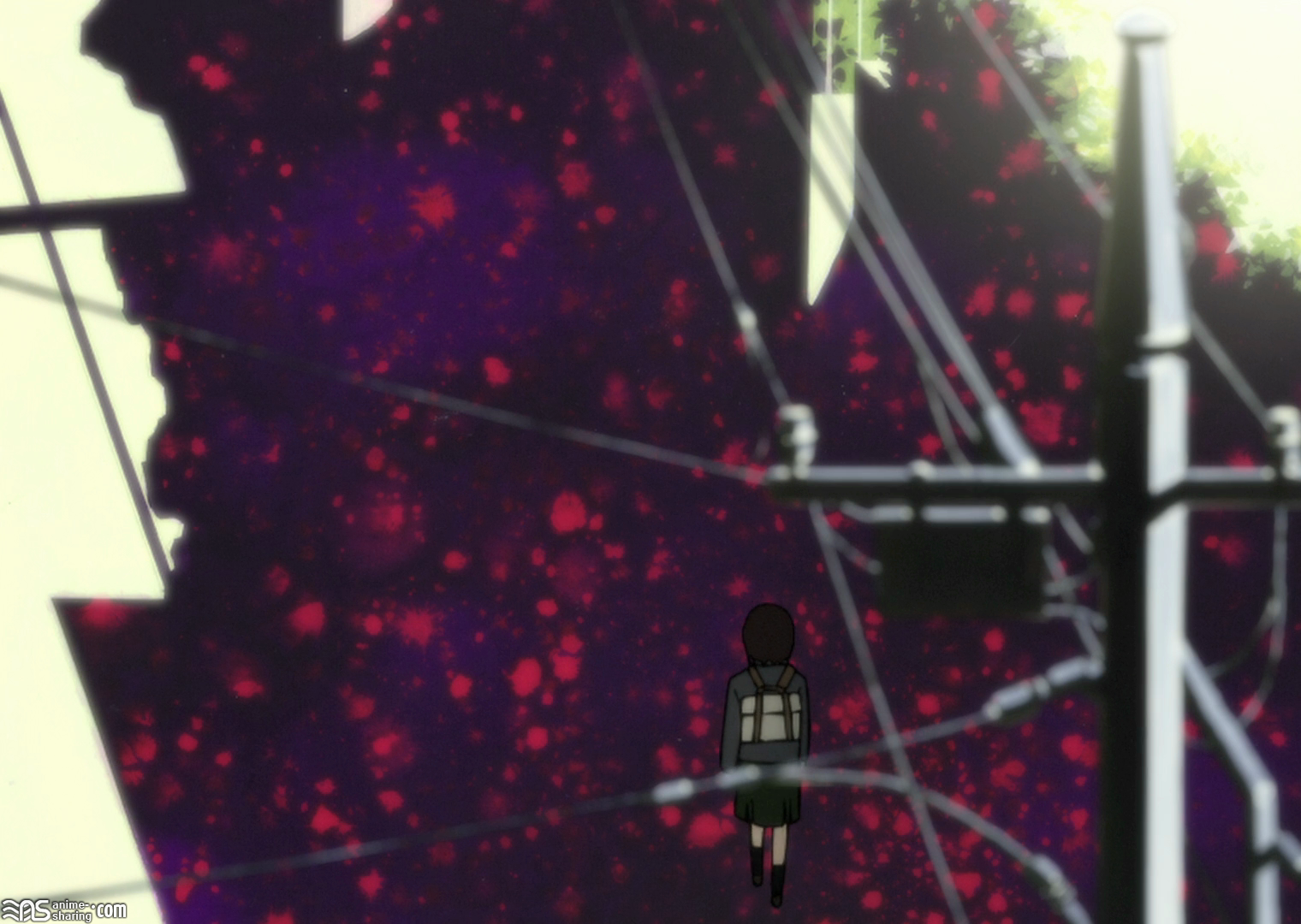 Such a question is elegantly posed in the avant-garde-anime “Serial Experiments Lain” that evolves around the idea of a system-concept called The Wired.

The Wired is a complete virtual reality system, containing all communications and networks that enables humans and non-human entities to communicate with one another and even exist purely on a non-physical level. Therefore it operates on the same basis as reality, or one might even argue beyond it, since the only thing setting it apart is the lack of presence as a physical/biological matter. This lack of matter or the mutation of a free system-embedded conscience is even, according to theorists like Lyotard, an undeniable gateway to the human system’s future survival. (Stefan Herbrechter: “Towards a Critical Posthumanism”, s. 11)

What makes the narrative stand out amongst the dystopian concepts of virtual reality is that it challenges the very core idea of creating a safe-barrier between the notion of real and virtual-real. In “Serial Experiments Lain” there is no need for this barrier since the human entity as an autonomous presence in “reality” opposed to the virtual technology was never more than false alienation from a self who was always imbedded in the inhuman system.

[…] it is an alienation process from a self that has always been an illusion and thus has always (already) been alienated from it(s)self. […] – in this sense technology represents a privileged form of the (Lyotardian notion of the) “inhuman” which has always already inhabited the core of the human.  – ( Stefan Herbrechter: Ibid. s. 29)

The anime series therefore exemplifies an important branch of posthumanist thinking – the break with the humanist division of real and virtual-real. According to author Adèle-Elise Prévost “Serial Experiments Lain”, as a posthuman representation of the future interconnectedness, embodies the potential of;

[…] the end of indexicality. But it is also the potential beginning of great things, if we allow ourselves to reinvent what we consider real, and to let identity reveal itself in aspects other than the physical. – (Adèle-Elise Prévost: “The signal of noise”, s. 188)

Adèle-Elise Prévost: “The signal of noise”, s. 188 in Limits of the human: Mechademia,University of Minnesota, 2008

2 Comments on "A matter of leaving matter behind?"

Member
Simone Boye Mouritsen
First of all I must say that I am absolutely thrilled you chose to work with Serial Experiments Lain. It is a personal favourite of mine and I enjoyed reading your posthuman analysis of it. The series is also a manifestation of the Japanese identity post-WWII, where the advent of western individualistic society undermines the traditional collective society. I believe the creators had hoped that Japanese and American viewers would have conflicting interpretations of the series, but it turned out they shared the same views. The Matrix movie, released around the same time, may be an example of that, though… Read more »
Vote Up0Vote Down  Reply

Member
Jason Hoelscher
Thank you for introducing me to this work, I’ve never heard of it before and look forward to checking it out further! The idea of extending the human into virtual incorporeality has always struck me as problematic, considering the extent to which human consciousness has arisen in the context of its embodiment on a 2D surface deep in a gravity well. What does it mean to be human once that embodied aspect of negotiating our tools and technologies is removed? And so on… but Heidegger and Lyotard have already explored that ground, so I wanted to point out a (perhaps)… Read more »
Vote Up0Vote Down  Reply